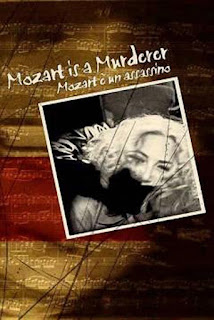 Given the changing tides in the Italian film industry as the 80's evolved, it was an inevitably that Sergio Martino would begin working in television. With the obvious exception of Dario Argento and Ruggero Deodato who managed stayed in the theatrical game until 1993, more or less all the Italian genre masters that ruled the 70's and early 80's would find themselves at the helm of movies lensed for Italian TV as the 80's closed. Martino's later career is interesting compared to his contemporaneous in that he too took to directing made-for-TV movies in the mid-80's while also bringing in the 90's with memorable fare like American Tiger (1990) and the outstanding erotic thriller Craving Desire (1993). By and large, Martino's early TV-films were comedies, though when he found himself working almost exclusively in TV in the 90's he reunited with Edwige Fenech, the iconic face of his immortal giallos The Strange Vice of Mrs. Wardh (1971), All the Colors of the Dark (1972) and Your Vice is a Locked Room and Only I Have the Key (1972) for the mini-series Private Crimes (1993), co-produced by Fenech, which found Martino sitting comfortably back in thriller territory. Martino would tread familiar ground again after the turning of the millennium with Mozart is a Murderer, a modest TV giallo that would never challenge Martino's 70's work but nevertheless is the work of an master craftsman.

Following a botched recital, Professor Baraldi, the hardened maestro of a prestigious Italian conservatory, threatens to withhold all the performers from graduating. Later that night, Chiara, a student and musician in the group is brutally murdered outside her apartment. Along with a bottle of pills, Antonio Maccari, the detective assigned to the case notices a kind of cross carved into Chiara's body, a symbol he quickly becomes familiar with as more from Chiara's group of friends begin turning up dead marked with the cross. The deeper Maccari digs into the case, the more he finds himself in danger as the killer begins taunting him, and by proxy Dr. Marta Melli, Maccari's girlfriend and a psychologist who's patients was among Chiari'a friends, dredging up tragic memories of his late wife's death at the hands of a serial killer potentially compromising his investigation .

Due to its modest TV origins and restrictions, it wouldn't be right to claim that Martino was showing off with Mozart is a Murder (Mozart è un assassino) though the scripting and direction are so seamlessly controlled and executed there are several moments where it seems as if Martino was making a point that even when working in a limited television capacity he could still hit all the right giallo notes. The film operates very much like a 70's giallo and despite consisting of various elements that many familiar with the genre will immediately pick upon, the film is again in the hands of an assured master with Martino maneuvering the mystery in various ways up until the final swerve ensuring that, despite the familiarities the film stands on its own merits, never coming across as “giallo-by-numbers”, in other words. The red herrings, though fairly obviously are like everything else handled especially well as is the way Martino makes more out of the conservatory setting, a fantastic giallo setting, by weaving classical music into the murder mystery. Also kept effective is the lead cop getting too close to the case to his superiors liking, the drama around Maccari and Dr. Melli never seems contrived with Martino using it to great advantage late in the film. Despite being made-for-TV, Martino approaches some pretty dicey subject matter as it relates to Professor Baraldi and his younger students as well as a bizarre yet brazen pregnancy-related reveal near the end of the film involving the murderer.

The film clearly looks like a late 90's made-for-TV production but here is yet another area where it seems as if Martino is breezing right past any budgetary hindrances, delivering a final product that was undoubtedly the slickest and most professional looking thing to have aired on Italian TV the night of its premiere. The film might also lack the major presences of a Fenech or George Hilton but Martino was blessed with a fine band of players, Eleonora Parlante and Azzurra Antonacci especially who carry the majority of the film's expertly blueprinted climax. Same goes for Augusto Fornari Daniela Scarlatti as Maccari and Melli with Martino given their relationship a fairly emotional arc. The film also served as an arc of sorts to Martino's giallo career, being the film film he made in the genre, though he continued working in TV, including directing several episodes of the police thriller/comedy series Carabinieri before essentially retiring after 2012. For being the film in a genre from one best to ever do it, Mozart is a Murderer should be considered an adequate coda taking into consideration its TV circumstances. For however many who can't see past the missing 70's giallo flashiness, hopefully there's an equal amount of giallo fans with more than a passing, surface level interest in the genre willing to dive deep and appreciate Mozart is a Murderer and Martino's modest chamber symphony.